A Call for Moderation

In the wake of many recent events, I think one thing is true and plain-- we need a better moderation team. Even if it’s only a few people that have the ability to dole out at least temporary bans, it’s better than nothing.

Time after time, we see reports go untouched for a long while, or not at all. Such was the case with Atal’kah, who was absolutely confirmed to be a pedophile, but wasn’t dealt with until he himself ended up directly messaging Goudy (somehow). This is the utmost concerning thing to me. We already see the unwanting of more licentious affairs in broad view, with such rules forbidding ERP in the main phase and no advertising for ERP in rp announce. Evidently, there is a standard (or was a standard) that such themes weren’t meant to be held out flagrantly to be seen, and now knowing that a troll was allowed to display an F-list with clear evidence of pedophilia is a bit disturbing to say the least. It’s only further put off by the fact that he was only banned because he somehow accidentally messaged Goudy concerning it all, thus getting banned only for annoying him.

This has been a trend, as it wasn’t a one time instance. How do I know? Well, look no further than our newest two cases: Quick/alianna and Aleyn.

The first case has had at least three ban reports (not including the report that had been made today, as it would be unfair to get iffy about that one being unheard to with it just being posted), starting with a simple report on spam-- which people have been banned over in the past. The other two detail rather disrespectful actions on the part of the offender (that being Quick), and seeing that he goes unpunished for such actions is stupid. It is stupid that he is getting away with it. It is stupid we are having to resort to mob justice to see him get even a -bit- of containment and punishment for what he has done. It is stupid that he is going unmoderated and still given the platform he needs to continue his heinous actions. Many people are doing what they can, but it ends up falling upon his deaf ears-- in short? He needs a ban, but nobody can dole such out except Goudy or Dread. From many people’s viewpoint, this is absolutely and entirely unacceptable.

The second case, Aleyn, is more recent, but is most definitely reflective of the Atal’kah case. I’d argue it is certainly more severe as it has impacted real-life minors, ranging from the age of 14-17. As someone who was a victim of child sexual abuse herself, I can’t stand for someone getting away with it. I especially can’t let her get away with such when not only evidence has been provided, but she has -confirmed it- herself. I don’t care how apologetic she may act, she needs her due as well. Acts that exploit and manipulate minors should -not- be going under the radar, whatever the means or ways were. Anybody that calls me overly dramatic on this front, in the kindest way possible, can eat a dick. Especially after a case like Atal’kah having made their way through and around with only annoyance to be written as their reason for being banned, it’s a thing of great concern for many. Simply put? If nothing as far as the law is concerned is going to happen, then they at least are more than deserving of a ban. No ifs, ands or buts about it.

Of course, the two conspired to blackmail/leak personal information of someone that they had no right in doing so. Simply put? I think it’s more than time they’ve gotten at the very least a timed ban, if not a permanent one. They’ve created more damage than good.

And so, with all of the damage they have caused, you think staff would have changed it. Of course, it is only a thought-- as they didn’t. This isn’t okay.

In whatever way you see fit, I think one thing is clear in that we need better moderation. Whether it be beginning to put together a purely moderation team (whether it be two to three people to tend to bans and the like, who are selected by the community) or having Goudy/Dread be more attentive, something has to be done. Some people want the “drama” to just end, while others wish to see something come out of such conflicts again and again-- and both are justified in what they want. We shouldn’t be letting pedophiles and stalkers go unchecked by the very people who run the server, no matter how free the server may be to those on it. It’s not legal, it’s not safe and it’s not tolerable-- not a single bit. So, let us put an end to this-- because if it isn’t dealt with, we shall only see more like the likes of Quick and Aleyn come through and go unchecked.

Honestly if Dread/Goudy can’t be arsed or don’t have the time to moderate stuff like this then put someone competent in who can.

I also need someone to officially put reviews on my bestsellers.

Also please can we just fucking get rid of people like Aleyn it’s already been shown multiple times their thirst for young flesh knows no bounds.

“If their age is around the clock they’re old enough for the cock” - Aleyn, probably.

Like I’m not being funny or anything but age of consent or not like a 20 year old ERP’ing with 16/barely turned 16 year olds strikes me as nonce-like and fucking weird.

PlEaSe FoRGiVE Me BuT I ShiFT BlAmE AnD SaY I ChAnGED, BaN wHo?

The largest issue has been that mods in the past abused their powers for petty reasons, mostly due to roleplay and server drama.

I was continually banned on the discord by one mod and unbanned by another who saw that the mod banning me was doing it for petty reasons, not that any rules were broken.

Later the mods on Discord were fully removed.

You would also have very different types of mods. The ones with a heavy hand who ban anyone who so much mentions any potential political topic on .ann, and the ones who are mods to have the title and don’t do anything.

Naturally there would be more inside that spectrum.

When we had mods on RPH, they abused their powers and people would try to gain favor with them in roleplay or other things, either to prevent being banned, or to suggest people be banned.

As the resident Cringe-lord on RPH who hasn’t broken rules, I might be banned simply due to people not liking me.

What Aleyn did is terrible, and I sure would like to see something done, but how the community has largely abandoned her is probably good enough for now.

The reason Goudy and Dread work best as mods is because they don’t roleplay. They largely look at RPH from above and aren’t bothered by the day to day drama. Having people from within the community rise up into these positions posses the risk of their station being abused.

And who would monitor the modders to ensure they aren’t abusing their powers?

This is my statement on the thought of adding new modders.

I support this, the server needs heavy social moderation. Enough is enough and all thresholds of tolerance have been overstepped.

Refer to my thread which I wrote prior to spotting this one.

I can’t help but be reminded of all those YT influences and their fake tears.

In addition, you can have your low moderation and absolutely no chat moderation without stalkers, pedophiles, racists and other nasty sort of people that have very, very well established themselves in this virtual habitat.

i unironically think at least half the server should be purged 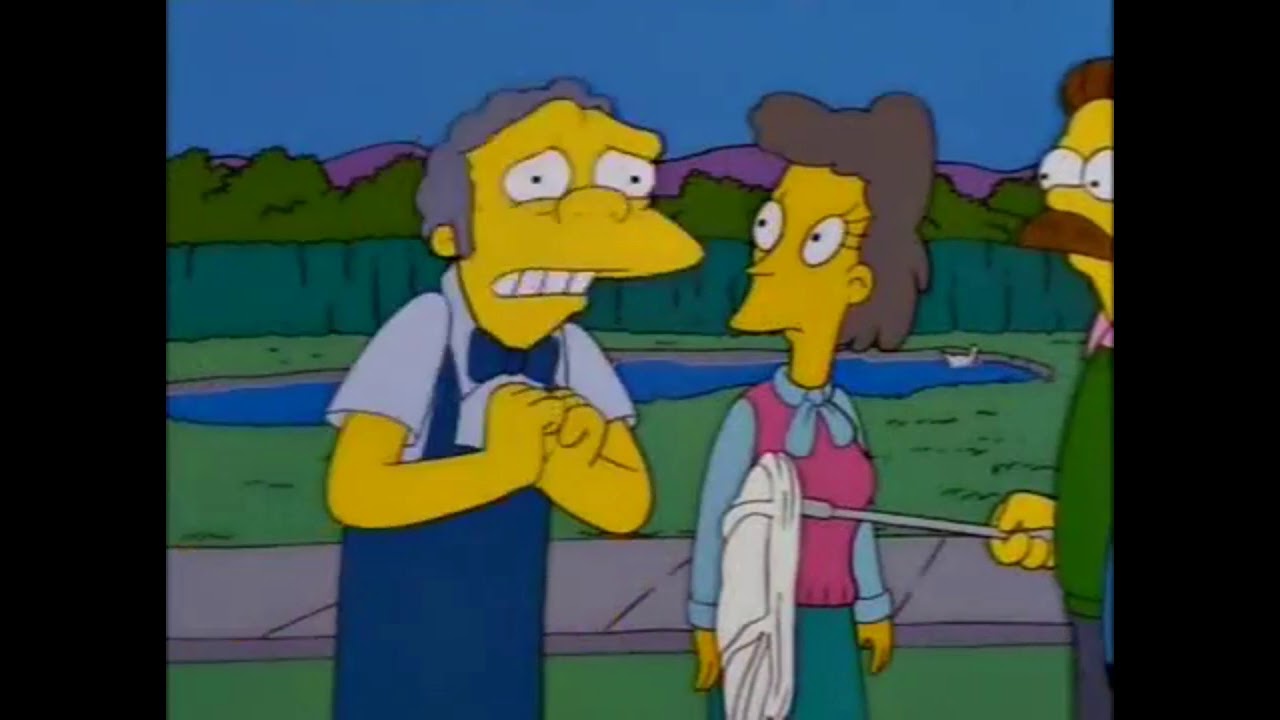 would be cool to have moderation at all, is it likely though?

This entire server must be purged.

But seriously though, I think the admins need to take care of the social aspects of the server with care since it’s infested with such individuals which consequently may damage its player base and reputation. I’ve been helping many people recently with commands and building advices and our chat usually goes to the ‘spoiled’ part of the player base. It generally repels new guys from playing on RPH.

what @cruise3174 and @Dungeon_Master said.

we already tried more mods and it resulted in Deathwatch

it won’t happen (and if it does, it will more than likely be worse than now), but its cute that you put the effort in, i appreciate it @MorganaForte

edit: that said, i dont think the server is being run very well rn either, so…
im still voting for individual responsibility, but people seem more inclined with the “we need an omniscient overlord to watch over our every step of the way” route

It’s not how it is. We don’t need an omnipresent lord to watch our every word. I believe its come to the point where a chat moderator is desperately needed. It doesn’t have to be a person from RPH, which would probably be even better, or the two reigning admins could actually moderate chat and the intricate, though very serverwide affecting situations for once. You need to understand that while most people do have that sense of self control and tolerance, restraint and some caution, there are people on RPH who lack that or do these things with intent, it can’t be dismissed with /ignore and tolerate anymore.

Some people simply don’t want that.

You said the N word with a hard R, enjoy your Ban!

On Paragon we implemented mutes in start zone and took away peoples worldchat privileges. Idk that could work I guess.

In your specific case, a ban would be far more appropriate. Given that you’ve had your chances.

I see where this is coming from, but from past experience I believe no one is competent enough to fill that position and we’ll be roleplaying in fascist cyberspace in the blink of an eye.

Yeah Im just awaiting it at this point, I welcome it.

Im talking in the case of others.

Honestly, the server is like 10 years old and I’m pretty sure the Admins just use it for a testing sandbox at this point. Cannot imagine much moderation or infrastructure will be accomplished from here on.

We barely get patch updates every 1.5 - 2 years or so. And it’s not that I’m complaining (Since it’s free). But things have been extra loose in the recent few months and some people would get away with doing f*cked up things in game and discord. Will there be a solution to this? We may never know.