This is a topic for those that are having troubles and or are aware of this heinous issue with new players and or old players trying to join RPH.

Post in here as a collective to try and find solutions.

However as it stands, I can honestly state that the issue isn’t so much with the server itself but more so on Blizzards end. They’ve dropped support for streaming assets in previous expansion packs, we’ve had issues where they’ve locked things down for modders to make patches.

So it may seem that they have, at the given moment, done away streaming; RPH is not up to Shadowlands so it is really hard to tell what is actually going on.

Some people state that they follow tech support and forum posts provided by community members, others have tried other means but for now we can only wait.

Its intrigued me so much that I’ve gone out of my way and pulled my dusty old Asus ROG laptop and 2 more “Ex server” machines out of the basement to see if I’l have issues installing rph on it, the executable is running as we speak, its eating cpu ,ram and network data, Im gonna see wether it installs or not and inform you on any errors and findings. 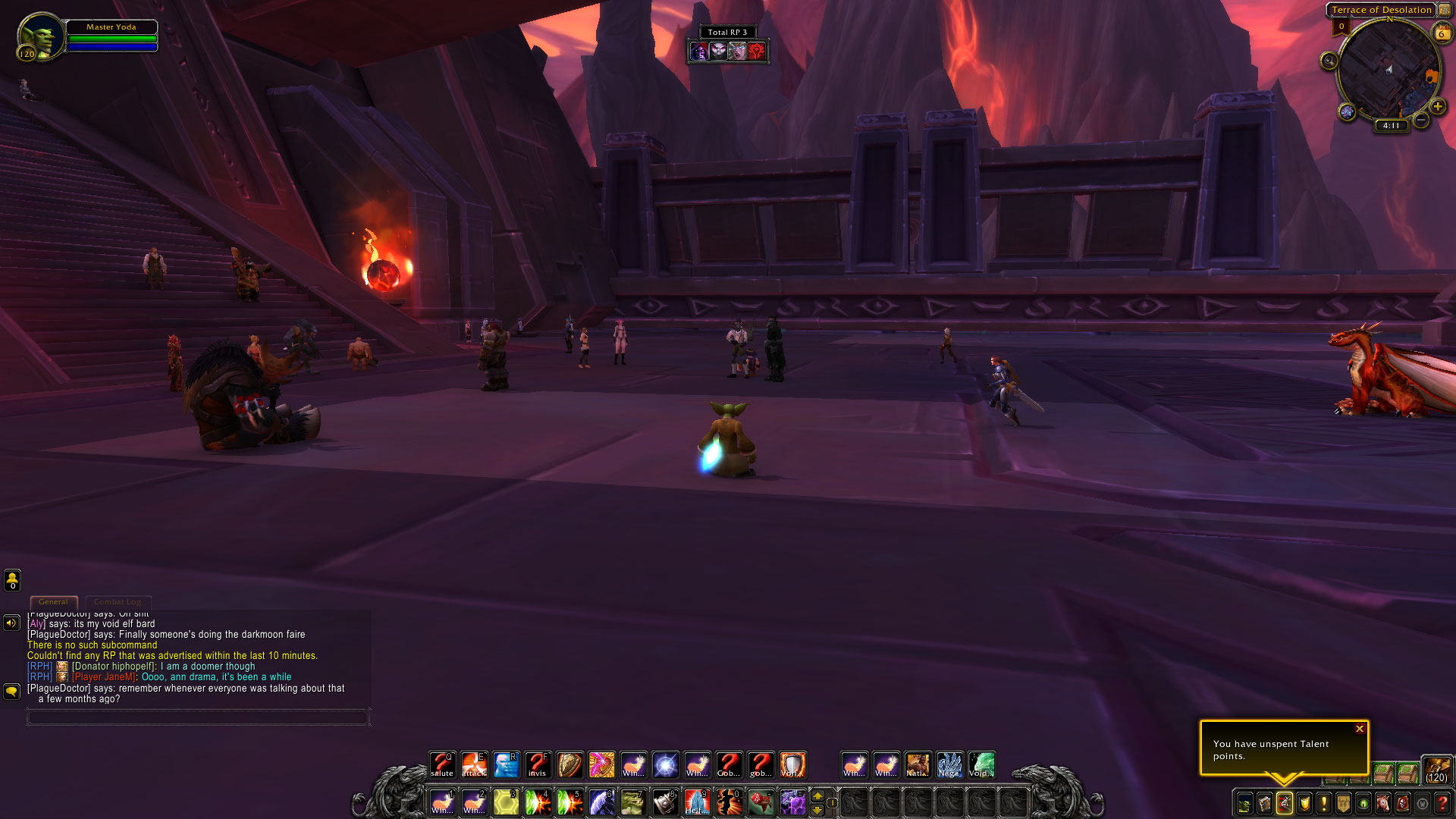 Hello from the Asus Rog, I’ve mannaged to get trough the obnoxious download screen with the old Wildhammer riding a gryphon logo and im in game, no bugs so far, the older rigs cant even run it at the moment, tossing 132 errors.

Thing is…Im currently cross examining software dependancies installed, the ROG was used a long while ago to mod wow in general, so it has a crapton of software installed such as sql,github/gitbash, like 10 seperate versions of c++, etc etc…

So, older rigs fair no problems; new-gen rigs may have problems with the whole Windows 10 side of things potentially. Some have said its chalked up to the graphics card, updating drivers. AFAIK my rig is up to all hell date.

Well the older rigs dont have gpus but use intergrated APU-s (It was used as a web host after all), but im getting onto something here.

One of the two, a “DELL make prebuilt” mannaged to get into the game after I installed the C++ 2015 versions. I went both 32 and 64 bit one by one. Sure Im running at 12 fps with some schlomo Intel G something with a intergrated gpu (It runs PS1/sega emulators fine, don’t you judge me). I think the ram currently is killing me ,Its DDR2 and its obnoxiously slow with the cpu hogging 2 Gigs out of the available 4 on board.

How ever this one has the falls update for win 10, which includes the Net framework 4.7 (Or was it 4.8 idk anymore) whilst the other wasn’t updated since it was bought so Im checking whether that will solve it. It might take a while, the other one is something I built specificaly for emulations at first, then ended up repurposing it for a web host as a controll panel to mannage my NAS from the second household. Its also GPU-less it runs on an AMD A-8 APU with 6 Gigs of ram (Yes it has 3 Gig sticks I repurposed from an old laptop). I’ve set the GPU to also eat 2 Gigs of ram so I dont hit memory breaks somewhere.

Ima keep you updated if its just the C++ or the falls update which comes with a metric ton of software usualy as part of the win 10 update package.

I’m not sure about it being for old rigs. I tried to install it on a “gaming” laptop that’s a year old now and it gave me the same error. I’ve run it in compatibility mode and whatnot without success either.

Im dry out of answers, finished the falls update (13 hours of updating, thanks a lot Microsoft) and did C++ redistributables Now the laptop and both the Dell and the Zalman box run RPH fine.

My steps so far have been updating win 10 so it grabs the Net framework releases, and installing every C++ since the dawn of time till today.

If it helps, neither device has an anti virus protection program unless you count the crap that comes with win 10, and one of the pcs (The Zalman case) doesnt have a activated windows licence.

I installed some older C++ redistributables, but instead of the File I/O error I got a Lua error and the game continued to refuse to download on my new computer. I downloaded the latest C++ on my laptop (winver 1909) and it downloaded about 700mb of data before it stopped streaming normally. I could try and let it run overnight, but I don’t feel like putting any more effort into this when I know it probably won’t work.

The redistributables I have on the laptop were 2013, 2015 and 2015-2019. My new computer has winver 20H2 and a shitload of other redistributables, but not the exclusively 2015 (which will not install because I have 2015-2019 installed, I’d have to rollback which I don’t feel like doing – this definitely seems out of my hands at this point. I don’t know why having the exclusive 2015 one would change anything when 2015-2019 should cover the same stuff).

Is the solution. Topic is otherwise ‘closed’.

Ain’t how it works here. Don’t come crying if you get keylogged or hacked though, as nice as it is. You really really shouldn’t have a off client from the main dev.

What do you mean? I’ve assumed that playing on RPH isn’t the best for my web security, so I used to leave it uninstalled once I got uninterested after a few weeks, but have still had no issues. Is using that copy from the google drive particularly dangerous?

Not particularly, if a community is in good heart. However there shouldn’t be a reason Dread isn’t fixing the client and that we’re forced to use the community. It’s in generally a risk in that retrospect.